Read why Law360 named us a 2017 Delaware Powerhouse

As Delaware's courts continue to draw the country's most complex and high-stakes corporate litigation to the First State, Potter Anderson & Corroon LLP continues to secure successful results for its clients, including the dismissal of a shareholder suit against the directors of Qualcomm over alleged Foreign Corrupt Practices Act violations and the court-ordered sale of TransPerfect Global in the ongoing battle between its co-founders. 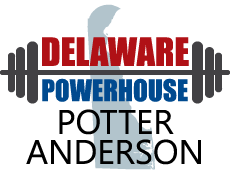 Since its founding in 1826 with a single attorney, the firm has grown to become one of the largest in the state, representing and advising some of the world's largest companies in matters that impact business across the globe, making Potter Anderson & Corroon one of Law360's Delaware Powerhouses.

Potter Anderson boasts one of the largest rosters of attorneys in the state, with 90 lawyers in its Wilmington and Dover offices focused solely on Delaware law, giving it an edge when litigating before the state's accomplished and respected judges in the federal courts and the Chancery Court.

The firm's clients in the state's Chancery Court, widely recognized as one of the premier business courts in the world, include Qualcomm Inc.'s directors and officers who were the target of a shareholder derivative suit over alleged violations of the Foreign Corrupt Practices Act, and TransPerfect Global Inc. co-founder Elizabeth Elting, whose dispute with the company's co-founder led to a court decision forcing the sale of the company.

Potter Anderson attorneys achieved a dismissal in the Qualcomm suit in June and the TransPerfect case is moving toward a sale.

Firm Chair Michael Tumas said the key to Potter Anderson's success is its realization that its people are the product that is being sold to clients and a staid belief that corporate law is a service industry above anything else.

"We're in the talent business and we happen to have a significant number of very talented lawyers in all ranges of experience," Tumas said, adding that Potter Anderson was one of the first firms in the state to bring on a talent and diversity officer to oversee recruitment.

"We have a very deep bench at our firm," Tumas said. "We've made great strides in recruitment, retention and becoming a more diverse firm."

Tumas said his firm is able to achieve positive results for its clients because of its extensive attention on Delaware law.

"This is all we do. This is our expertise," he said. "We are singularly focused on Delaware law, the Delaware courts and, in particular, the Chancery Court."

He added that more than a quarter of the firm's attorneys spend every day practicing in the Chancery Court. One of those attorneys, Kevin Shannon, said Potter Anderson works closely with larger firms from outside the state on representing clients in Delaware.

"It's unusual that I'm involved in a case that goes to trial if I'm not arguing or cross-examining witnesses," Shannon said. "We tend to take a large role in cases and work cooperatively with our co-counsel. I think they appreciate it."

The corporate litigation partner said the firm's focus on Chancery Court cases gives its attorneys deep experience practicing in front of the court's five judges and getting to know their expectations. Even though the number of cases filed in the court ebbs and flows with the changing legal landscape of Delaware's General Corporation Law, Shannon said it remains the destination of choice for dealing with complex corporate matters.

"The court's willingness and ability to handle very complicated, expedited matters I don't think is matched anywhere else," Shannon said.

The same strategy has led to successes in the Delaware bankruptcy court, which also sees some of the country’s largest and most complex cases, with more than 1 million corporations residing in the state. Bankruptcy partner Jeremy Ryan, who represented senior secured term lenders in the bankruptcy case of Paragon Offshore PLC, said the firm's familiarity with the local bench led to a successful outcome for its clients.

The secured lenders successfully defeated two Chapter 11 plans of reorganization advanced by Paragon and ultimately reached a global resolution with the debtor.

"The approach was really to focus on our presentation to what we thought would resonate with the judge," Ryan said.

Potter Anderson's expertise allows its lawyers to shape a case to the advantage of its clients. In the Paragon case, the secured lenders objected to the plan on nonfeasibility grounds, a very difficult stance with which to achieve success. But the firm’s team felt confident it could prevail, and it do so twice.

"If it's something the client believes in and we believe in it as well, we're not afraid to dig in and take on the odds," he said. "Sometimes you win and sometimes you don't, but we don't shy away from those long odds."

Ryan said the firm is taking a similar stand in its representation of a pair of consignment vendors in the Sports Authority Chapter 11 case, keeping up the fight despite dozens of others settling their claims with the debtor.

Issues with consignments have become more frequent as more and more retailers succumb to the whims of consumers and the shift to online shopping. It is another example of Delaware attorneys being at the forefront on new law developments and learning as the landscape changes.

Dave Moore, head of the firm’s litigation group who works on many of its IP cases, said the firm is ready to handle the anticipated influx of patent suits in the wake of TC Heartland, which restricted the venue for patent lawsuits to where a company is incorporated or has an established place of business, with a dedicated team of IP lawyers.

"You’re seeing an increase in the filings already," Moore said. "We have a strong team in place. … We have a good core crew of IP litigators."

That experience led to an IP hat trick earlier this year, with Potter Anderson getting positive results in three jury cases in Delaware, including a win in a $2 billion suit against client Intel Corp.

The focus of Potter Anderson on the idiosyncrasies of Delaware law and the way changes, however gradual or precipitous they may be, impact it allows the firm to position itself for future successes.

Incoming firm Chair Kathleen Furey McDonough, whose term starts Jan. 1, said Potter Anderson's philosophy is to provide well-rounded and professional representation to its clients, some of which have been coming to the firm for since before her 32-year tenure began.

"We are your go-to firm," she said. "We are a problem-solving firm. We take on a case and we take them on to win them. We do that with significant frequency. We know how to get to the right resolution."

Despite Potter Anderson's deep roots in the state and its legal landscape, the firm is paying close attention to new technological developments that may have far-reaching implications on that landscape, McDonough said.

"I think that what's going to be interesting for every lawyer is going to be how technology continues to affect the future in corporate law," she said. "We are watching closely and are poised to capitalize on any development."

Specifically, recent Delaware legislation allowing blockchain systems to be used in maintaining stock ledgers will keep the state at the forefront of corporate law. The legislation was the product of work by the Delaware Bar Association's corporate law council, chaired by Potter Anderson partner Matthew J. O'Toole.

McDonough's focus on labor and employment law has given her an up-close perspective on what works and what doesn't, helping to inform her efforts in making Potter Anderson a destination not only for clients but for attorneys.

"I've advised some of the largest employers in our state," she said. "They're going to rise and fall on the talent of their people. I've seen how they've succeeded and what they've done to build their organizations."

Such perspectives have been a part of Potter Anderson for many years, enabling the firm, one of the state's oldest, to thrive in one of the most competitive legal sectors in the country.