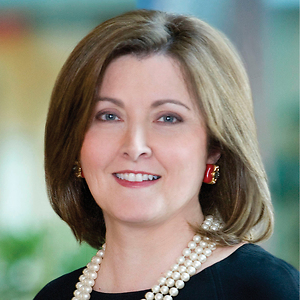 Chair
Pronouns: she / her / hers

Kathleen Furey McDonough is the chair of the firm's Executive Committee. Her practice focuses on litigation in the federal and state courts in Delaware, with an emphasis on labor and employment, trade secret and commercial litigation. Kathleen regularly represents clients before the Delaware Court of Chancery in matters involving restrictive covenants and non-compete agreements. She is the founder of the firm's Labor and Employment practice, representing management clients in all manner of labor and employment disputes as well as representing secondary and post-secondary institutions with respect to education law issues. In addition to her first-chair litigation practice, she has substantial experience in conducting internal investigations.

Kathleen is a member and former chair of the Advisory Committee for the U.S. District Court for the District of Delaware and served for several years as a mentor in the Federal Trial Practices Seminar established by the judges of the U.S. District Court in Delaware to provide instruction to junior lawyers regarding practice before the Court. She is a member of the board and the Executive Committee of Christiana Care Health System and a board member and former board Chair of the Delaware Community Foundation. She is also a member of the board of trustees of Hagley Museum and Library.

In recent years, Kathleen has:

Named the Best Lawyers “Lawyer of the Year” for Employment Law - Management in Wilmington, 2012 and 2015

Recognized as The Best of the Best in 2013 Super Lawyers ranking of Delaware lawyers, signifying 10 lawyers who achieved highest point totals in Delaware rankings

Recipient of  the Themis Award, which is the highest honor bestowed by the DuPont Women's Network (2008)

Caleb R. Layton, III Service Award, awarded by the judges of the U.S. District Court for the District of Delaware in recognition of her service to the Court and the Bar of the Court (2007)